By giving us a lens to our own experience, theatre allows us to explore issues of identity, culture, and the human condition.

Whether you are passionate about socially progressive community theatre in Kenya or pursuing an internship with a Spanish theatre or an industry immersion intensive in London, we offer a range of programs that will help you develop your craft as a theatre practitioner. Acting for Film in Florence

Train in film acting with working industry professionals from New York City and Europe, with the breathtaking city of Florence as your backdrop.

Acting for Film in Paris

Train in film acting with working industry professionals from New York City, Paris and beyond, with the breathtaking city of Paris as your backdrop. Explore Barcelona’s vibrant arts scene with an internship at a hand-picked organization, customized to your arts administration interests. Join a powerful movement that is changing lives through circus arts in the beautiful town of San Isidro, Costa Rica. Let the beauty of Costa Rica inspire you as you share your passion for the performing arts with local youth. 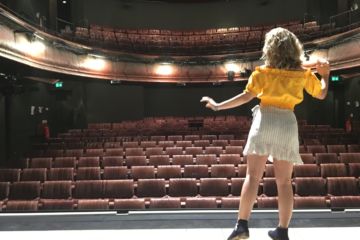 Explore London’s iconic arts scene through masterclasses with theatre professionals, and courses taught by distinguished faculty at the University of Roehampton. The city of London is your classroom. Explore the wide diversity of theatre in this global artistic hub, receiving up to 10 academic credits from the renowned University of Roehampton. Live in a 16th century Hogwarts-style boarding school castle while training in musical theatre on London’s West End with some of the most accomplished dancers, singers, actors, directors, and stage combat instructors in the world. Intern at a theatre, opera house, dance studio, or other performing arts organization in Florence…the birthplace of opera and a mecca of Italy’s artistic life. Stand on the spot where Shakespeare’s plays were originally performed as you train with London’s finest acting instructors. Barcelona’s stories are held in the sacred halls of its theatres. Dive in with an internship customized to your artistic journey. Study theatre in the city where it was born thousands of years ago! 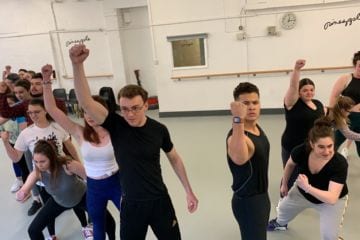 Workshop scenes from the hottest West End and Broadway musicals with current cast members in the studios of a famous West End theatre.

“I went to Costa Rica with the intention of teaching, and I came home having learned so much. By teaching Theatre to local youth, I was able to expand and share my love of the arts, all while experiencing a new, exciting culture. My experience with PAA is something that I will carry with me in both my personal and professional life for years to come.”

“Interning in a Theatre in London was one of my favorite summer experiences because I got the chance to meet and work with so many talented artists within the Theatre. I loved learning the differences between an American Theatre and a London Theatre. It was a great opportunity for me to travel, see art, and meet new people. I already miss it! It was truly a once in a life time opportunity!”

“Performing Arts Aboard provided me with a wonderful opportunity to connect with theatre professionals within London, while also allowing me to further my knowledge and skills. I was able to partake in a placement that was aligned with my interest and that taught me a great deal about myself and where I would like my future career to go. The onsite staff were all incredibly helpful and supportive, making my time during my placement an amazing experience.”

I loved this program. I learned more than I possibly imagined I could in two weeks. The training was exceptional. The teachers were extremely commuted to us and friendly. Our location was great and the group was awesome. The schedule was perfect, as it was demanding while giving us time to have fun in London. The shows we saw were strong. Just overall an awesome experience that I’ll never forget.

“I had a wonderful time in this program, I was introduced to many new things and was kept very active throughout the whole trip. I liked getting to work with professionals in the acting industry in London, it made me realize that I have more options than just the states for work.” My semester at Roehampton was a life-changing experience. With the incredible help of PAA, I was able to spend five indescribable months studying theatre in London. I met people from all over the world, saw game-changing theatre all over the city, and learned so much not only about theatre, but also myself. “I got to be on the deck crew of a touring house where I helped bring shows into the Theatre and learned how to work a hemp rigging system. I made life-long friends and had an amazing adventure. I got to do and see things I only ever dreamed about seeing. I gained confidence in myself, and I feel like a whole new person!”

“Doing a Theatre internship abroad in Italy through PAA, I gained experience in the business in a new way that forced me to grow as an artist and as a person. I learned to push myself to 110% in all aspects of my life and gained necessary skills in order to succeed in the business, such as communication and adaptability. I would not trade this experience for the world and will take this experience and apply what I learned to every aspect of my career.”

“Nairobi was such an eye opening experience that will always, always stay with me. I learned so so much, not just about this type of Theatre but about myself and about other people and other cultures. The people out there are amazing. It literally was incredible and honestly life changing and I can’t wait to go back again. If you feel drawn to this programme don’t hold back, just go for it and you won’t regret it.” “This internship experience in Spain was truly inspiring. I’ve learnt so much about music and art, and more about myself. Learning a culture by being part of it, and working in my own field of interest, at the end of the journey I realize I’ve done so much more than I thought and expected! A big thank you to all the staffs and mentors, and I hope I can do another internship someday soon!”

I Came From Away... And Wanted To Stay! Shakespeare's Globe: a Journey of History, Culture, and Identity